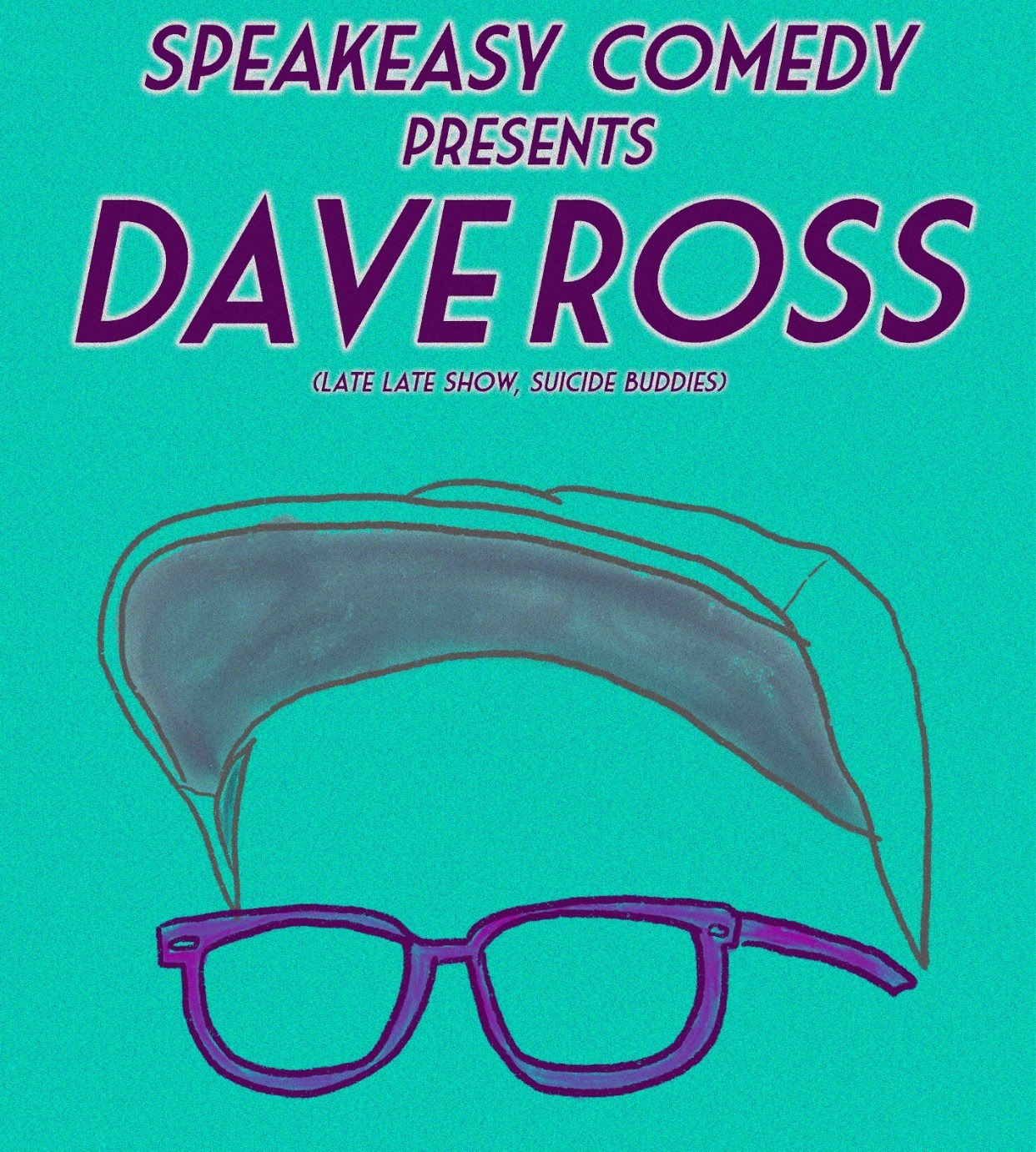 THIS IS THE 6PM EARLY SHOW
Bombs Away! Comedy is excited to present a Secret Showcase in the basement room, that some say is only a rumor.

We are beyond excited to have Dave Ross headline (WTF, Drunk History, and Comedy Central).

You might have seen Dave on The Late Late Show with James Corden. Or on Corporate. Or on This is Not Happening, Drunk History or WTF with Marc Maron. He’s made some shorts and sketches for Comedy Central and IFC. He’s a Moth Grand Slam winner. He tours like crazy and has found himself on Vans Warped Tour, Fest, SXSW, Just For Laughs Montreal, The Moth Ball and so much more. His podcasts Terrified (on Nerdist) and Suicide Buddies (on Starburns Audio) have both garnered hefty cult followings, and you also might know him as co-host of Nerdist’s Sex Nerd Sandra Podcast for a time.

At the moment, Dave lives in beautiful Glendale, CA with his very old cat. His first album The Only Man Who Has Ever Had Sex is out now on Aspecialthing Records and Little Dipper.

Entrance to the show is under the back deck, ask the bartender if you get lost.

There are only 30 tickets available for pre-sale, and another 15 standing room only tickets at the door.